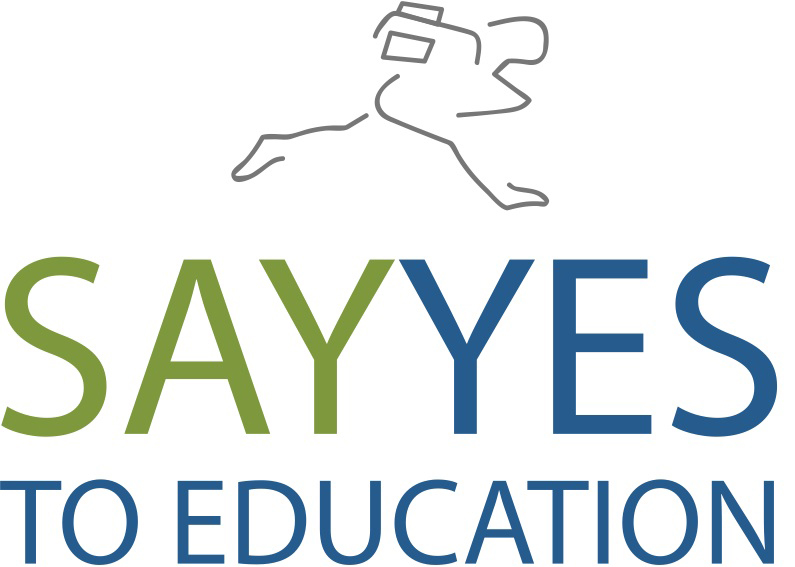 back to news & events


GREENSBORO, N.C. (February 23, 2015) — Phillips Foundation today pledged $5 million — its largest grant yet — to Say Yes to Education. The pledge is the first financial commitment to a $28-million fundraising effort to secure Guilford County Schools as the next system-wide pilot location for the Say Yes model implementation. Should Guilford County be selected, it will be the first Say Yes site outside of the Northeast. Other community-wide chapters include Syracuse and Buffalo, N.Y., with Say Yes cohort chapters in the Philadelphia, Hartfield, and Harlem areas.

The pledge from the Greensboro-based Phillips Foundation is contingent upon the national Say Yes organization selecting Guilford County as the next Say Yes community in the United States. Last month, Say Yes notified Guilford that it is the leading candidate for this designation.

“Phillips Foundation seeks out once-in-a-generation, transformational grant opportunities for Greensboro and Guilford County,” said Elizabeth Phillips, executive director of the Phillips Foundation. “Say Yes is an ideal fit for our investment criteria, as it will produce positive, measurable, system-wide outcomes in our public schools and community, with ripple effects to the national education conversation. We are proud to be a lead local funder in this important effort to bring the promise of higher education to students of Guilford County Schools, and we look forward to being a strong partner in this community-wide campaign.”

Founded in 1987, Say Yes to Education organizes and galvanizes communities around removing barriers through aligning resources and systems to help students achieve high school graduation and post-secondary success. A key component of a Say Yes partnership focuses on how a community addresses the social, emotional and financial barriers that prevent students from achieving personal goals. The model also involves a local scholarship endowment to support last-dollar tuition scholarships to every child who graduates from public school, which is where the Phillips Foundation pledge and other fundraising will apply.

Local leaders lauded the Phillips Foundation for its early support.

“This kind of game-changing launch for our fundraising efforts sets us on a course to achieve our ambitious goal,” said Maurice “Mo” Green, superintendent of Guilford County Schools. “As part of a group that has been exploring this potential partnership with Say Yes for the past year, I have found students, teachers, principals and community leaders responding with interest and enthusiasm. This investment from the Phillips Foundation is a tangible sign of the remarkable support in our community for Say Yes.”

To be officially selected as the next Say Yes community, Guilford County must achieve several remaining goals — one being further fundraising. “Today, we are announcing that we have set out to realize an initial $28-million fundraising goal,” said Mona G. Edwards, chief operating officer of The Community Foundation of Greater Greensboro and a local Say Yes planning group member. “To achieve this goal will send a strong and necessary message to the national Say Yes board and team that we have the financial wherewithal and commitment in Guilford County to back up the excitement we feel about this opportunity.” Additional announcements about fundraising are anticipated over the next few months, Edwards added.

“We have had — and continue to have — many conversations with Say Yes donor prospects,” said Winston McGregor, executive director of Guilford Education Alliance. “Many local businesses, families and individuals have expressed tremendous enthusiasm for the Say Yes approach and understand the difference Say Yes could make for our community. These discussions have given us great confidence regarding the fundraising needed to make Say Yes selection a reality for Guilford.”

But a lot of work lies ahead, Edwards added. “This is not a done deal. There is much work for all of us to accomplish over the next few months to make Say Yes happen for Guilford County. And we cannot stress enough that a Say Yes commitment is a community-wide undertaking for Guilford County.”

To this end, Say Yes organizers are preparing additional steps to assist with raising awareness and understanding of the Say Yes concept throughout the entire community. This includes presentations to parents and civic groups and a social media campaign. If Guilford County is chosen as the next community-wide site for Say Yes to Education, the college tuition guarantee will begin with the Class of 2016.

In 2005, local business leader Kermit Phillips created the Kermit G. Phillips II Charitable Trust to provide funding to non-profit causes as elected by the Phillips family. The trust’s endowment recently gained the majority of its funding and now operates as the Phillips Foundation. The current board is regionally focused on the Greensboro community with five target areas: housing and homelessness; economic development; arts and culture; child and family services; and education and learning enrichment. For more information, visit PhillipsFoundationNC.org.

About Say Yes to Education

Say Yes to Education was founded in 1987 by money manager George Weiss, a graduate of the University of Pennsylvania who boldly promised 112 sixth graders at a Philadelphia public school that he would pay to send them to college if they graduated high school. In the years since, Say Yes has evolved into a national nonprofit that helps organize and galvanize entire communities around the goals of every public school student graduating high school prepared for a college or other post-secondary education — and with access to scholarships to make that education affordable. The organization works with nearly 140,000 public school students in pre-kindergarten through grade 12. Most are in communitywide chapters in the upstate New York cities of Syracuse (since 2008) and Buffalo (2012). More than 5,000 students have gone off to college with the support of Say Yes, most in the last three years. For more information visit  sayyestoeducation.org.